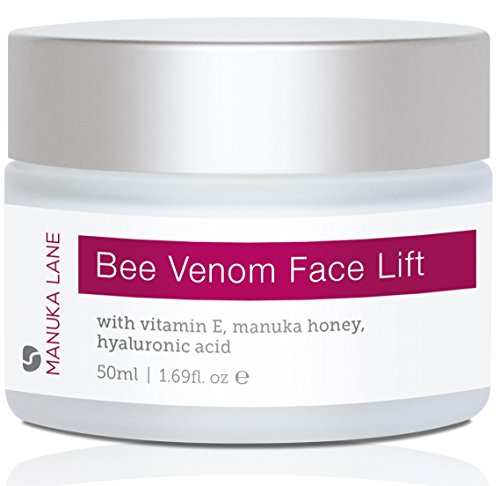 This same venom and its components can cause chest tightening, swelling and other allergic reactions in people. But, according to multiple health experts when given to a person in controlled amounts, bee venom can prove to be a powerful anti-inflammatory agent. Apparently, after a bee sting, a person’s immune system is more likely to strengthen and decrease the severity of allergic reactions in the future. Many studies show that when a bee stings, it releases its venom inside the patient’s body. The venom contains both inflammatory and anti-inflammatory compounds alongside minerals, sugars, enzymes, amino acids, and melittin, which itself contains adolapin and peptides apamin. Though the peptides are considered as toxins, they have anti-inflammatory properties that assist in pain and discomfort.

Bee sting or bee venom on acupoints has been under traditional medicinal use against arthritis for many years. Asian folk medicine, among all, especially uses the bee sting components to treat and relieve symptoms of rheumatoid arthritis. Many researchers have found that bee sting can potentially reduce joint swelling, joint stiffness, tenderness and overall health of the patient. Some inflammatory markers such as ESR and CRP are also reduced since bee venom is also anti-inflammatory in nature. Several international clinical trials found that bee sting show effects in the body similar to rheumatoid arthritis drugs like celecoxib and methotrexate etc. It works in synergy with these drugs to relieve the symptoms related to arthritis. In other conducted trials, bee stings proved to be more effective than the conventional acupuncture techniques at decreasing the soreness and pain.

Apitoxin or bee sting consists of dopamine and histamine. Both of these substances are due to allergies, stress and emotions, but they are quite effective for skin as well, thanks to their powerful healing properties. Apitoxin, when come into close contact with skin stimulates the blood flow and starts producing more collagen in the body. This feature helps repair skin damage leading to healthy and smooth looking skin. Bee sting has some amazing astringent properties as well. It is mostly due to the presence of hyaluronidase in i. this competent is made of anti-bacterial enzymes and anti-inflammatory agents that help fight/prevent bacteria and accumulation of dirt/oil on the skin pores. Apart from giving a smooth and healthy skin, a bee sting is also helpful in minimizing fine lines and wrinkles and giving good texture and glow to the skin. Bee venom also reduces the number of acne lesions and improve skin-related medical conditions such as psoriasis.

Bee stings reduce disturbances as well as pain intensity while improving the functional status of an individual dealing with chronic pain. Typically, bee stings can relax the joint muscles and reduce pain in the body.

Bee stings have shown to have amazingly positive effects on immune cells that mediate inflammatory and allergic responses. Studies have shown that bee sting might help decrease symptoms of several auto-immune conditions like rheumatoid arthritis, lupus and encephalomyelitis. It can also help treat allergic conditions like asthma by bolstering your immune system and decreasing inflammation. Bee venom, when administered in the body causes the production of Tregs or T-cells to prevent allergen response and cut through the inflammation. Bee sting treatments are also of great importance in this regard as they are safe, effective and can potentially reduce serious reaction to bee stings in the future.

Many researchers and studies claim that bee sting can help reduce symptoms related to neurological disorders such as Parkinson’s disease and Alzheimer’s disease. Though human studies are only limited in this regard, but the results are very promising. The melittin in bee venom has anti-microbial activity against bacteria causing Lyme disease.

Some preliminary research has been performed on bee venom and its anti-cancerous effects. It is still in its initial stages, and more extensive research is yet to be done; however, it is evident that bee sting can indeed serve as a supportive measure with conventional cancer therapies to prevent cancer from spreading. During clinical trials, bee sting killed and inhibited the growth of many types of cancer cells such as kidneys, lungs, leukemia, bladder, prostate and breast cancer cell. The main mechanism behind this function is the activation of phospholipase A2 by melittin found in apitoxin.

The components found in bee sting or bee venom offers a wide range of medicinal properties ranging from treatment of chronic illnesses to reducing inflammation or chronic body pain. Bee sting therapy is under constant use by many Asian countries and is also gaining popularity among different practitioners internationally. Many protagonists believe that bee sting helps significantly with chronic pain, autoimmune disorders, skin-related conditions, joint problem, inflammatory conditions and even cancer. Some of these benefits are backed by scientific evidence, but some studies are still in their early stages. However, it is evident that bees can provide copious benefits to humans and can also treat a wide range of health problems; their survival is important and crucial for mankind.